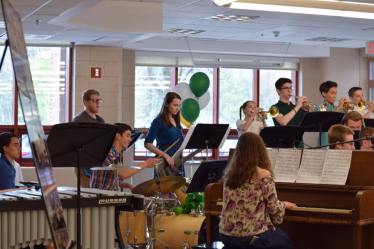 Parents, educators, students and friends converged on the Trottier Middle School in Southborough, Mass. on Sunday to celebrate the publication of Mr. Clark’s Big Band.

Trottier School Principal Keith Lavoie emceed the event, introducing me before I read several excerpts from the book–specifically a segment about members of the 2012-2013 Big Band debating, during a January 2013 rehearsal, which would curdle one’s stomach more: eating boneless chicken-in-a-can or “gas station sushi.” I also read excerpts including one which describes a student triumphing over her fears in order to play a solo, knowing that Mr. Clark had her back, and another about the pre-performance jitters that occur when band members learn that their lead trumpet player is heading to the hospital for an emergency appendectomy an hour before showtime. 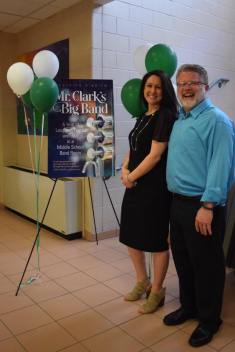 After thanking the nearly 150 people who crowded the cafeteria decorated with sunflowers, sheet music and enlarged copies of the book cover, Trottier music teacher Jamie Clark (THE Mr. Clark, see pictured on the left) led the current members of the Big Band in several pieces including Paul Clark’s swinging “A Band’s Gotta Do What a Band’s Gotta Do” and Doug Beach’s sassy “Late Night Diner.”

Big Band alumni, including many students who were profiled in Mr. Clark’s Big Band and are now in high school–therefore they towered over their middle school counterparts, joined the group for the hard-charging final number, “Groovin’ Hard,” the chart made famous by drummer Buddy Rich. 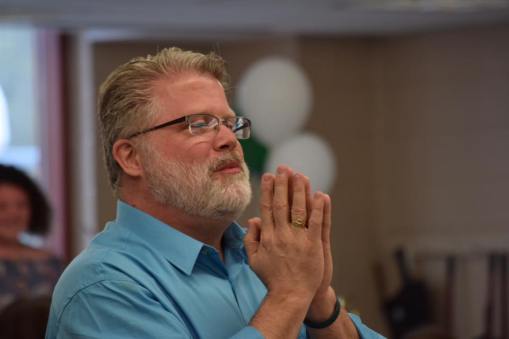 Jamie Clark speaks in front of his current Big Band 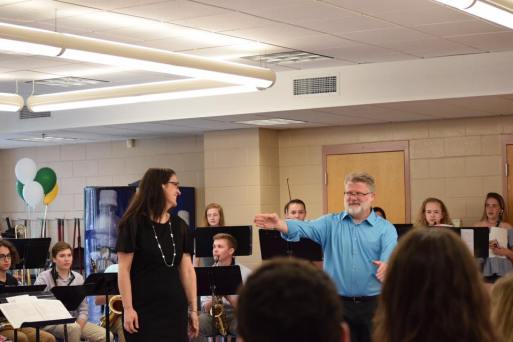 Clark surprises me by pulling me up in front of the band after they finish “Groovin’ Hard.” 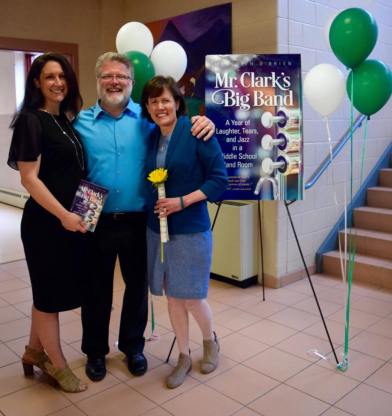 Clark, Suzy Green and me celebrate the joyousness that is the Big Band. 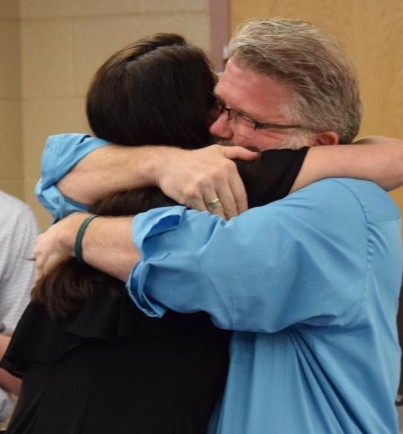 Clark is a world-class bear-hugger.